Can anyone tell me anything about when Penzance first got an electricity supply?

I understand that the town got electric street lights in 1912 and was served by the 'Penzance and District Electricity Supply Company Ltd' between 1912 and 1937 (when it was taken over by the Central Electricity Board) but I'm interested in which areas were served first (domestic houses) and where the power was first generated, etc.

There's a fair bit of info on the website of The South Western Electricity Historical Society, but nothing really specific to Penzance.

There is a nice history of Hayle Power Station, with a photo from 1936, though!

Staff member
Administrator
HH says he will have a look through and see what he has got, nice piccy xx

I did find one photo that surprised me (in the Stanley Opie Archaeology collection at the Morrab Library), in that is shows Boskednan Stone Circle near Ding Dong (AKA 'Nine Maidens') with a whopping great high tension line running right next to it: 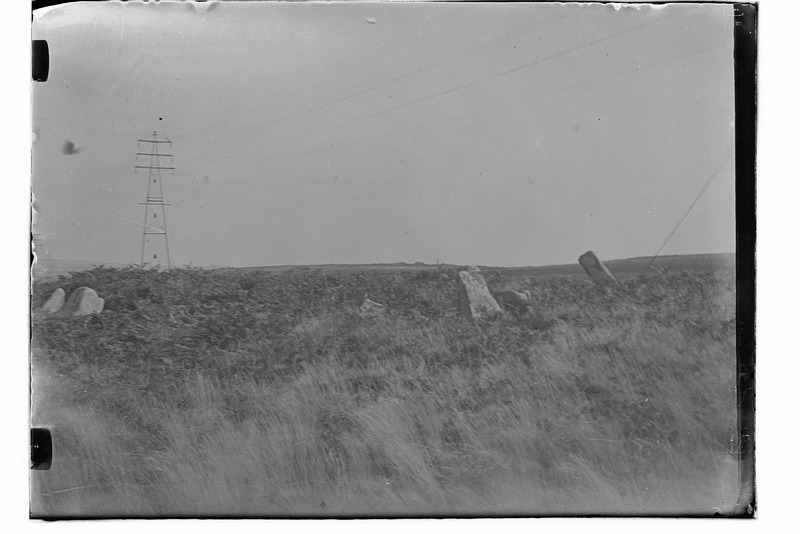 Presumably it dates from the 1930s (as do most of the others in this collection).

Obviously this line isn't there today (you can't even string a phoneline, it's an AOONB, iirc). I'm guessing it ran from a substation in Nancledra over to Geevor/Botallack to run the mine pumps?

Anyone remember pylons in the area? 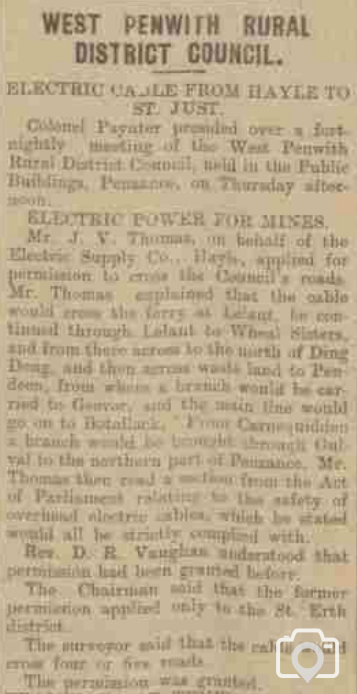 Mr J V Thomas, on behalf of the Electric Supply Co., Hayle, applied for permission to cross the Council's roads.
Mr. Thomas explained that the cable would cross the ferry[?] at Lelant and continue through Lelant to Wheal Sisters [Trencrom] and from there across to the north of Ding Dong and then across waste land[?] to Pendeen, from where a branch would be carried to Geevor, and the main line would go on to Botallack. From Carnequidden a branch would be brought through Gulval to the northern part of Penzance...
You must log in or register to reply here.
Share:
Facebook Twitter Reddit Pinterest Tumblr WhatsApp Email Share Link
Top Bottom